If you don't see the answer you're looking for, email me here.

What is leadership coaching?

I'll do my best, but trust me when I say coaching is much better experienced than explained. So the best way to answer this question is to jump on a call with me and let me show you.

Second, coaching is fundamentally a partnership between coach and client to serve the client's needs. That means that you, the client, have something you want to do, work on, or figure out.

Then it's my job as a coach to help you get clarity on:

After that, it's your job to go to something about it, and my job to continue supporting you and holding you accountable for that action.

I'm trained in the co-active model of coaching, which addresses both actions and feelings required to make a change.

Some types of coaching are very action-based, strategically-focused, and tactical. Those types are great for making a plan to go out and get something done, and we'll certainly cover some of that in our sessions. The power of co-active coaching really shines through in our human moments, though.

For most of us, despite being excellent at "doing", there will come a time when we just can't manage to take that first step. When we get hung up on ...something... that just keeps us stuck in place and no matter how much we look around inside ourselves, we just can't see what that something is.

Co-active coaching helps dig into the deeper layers--thoughts, beliefs, and attitudes that want to keep us safe but static.

One of the most important tenets of coaching is that both coach and client are an important source of knowledge. I love this because it means that you get to be the expert on yourself, which you most certainly are.

In our coaching, I'll be there to ask you tough questions and reflect back to you things that fall into your blind spots. Then it's up to you to tell me what's going on with you.

What will I get from working with a coach?

Everyone gets something slightly different from working with a coach. And it can depend on what you were looking for in the first place.

Some people want tools, strategies, practices, strategic plans, and resources. Others find value in brainstorming or having someone to hold them accountable. Still others need to talk out loud with another person to be able to piece together the puzzle. It really depends.

My favorite thing about coaching when I've been a client is that it means I set aside time to work on the most important asset I have: myself. Now, that might sound a bit conceited, but I mean it in the most innocent sense.

You are the one person who is most invested in your life and who has the most power to turn it into whatever you want. With coaching, not only do you make time to work on yourself, you get help from an expert team: you and your coach. That's a powerful combo that can really take you places.

What are the most common reasons women want to work with you?

The women I work with come to me for a wide variety of reasons, both personal and professional. And often the two are intertwined. They have external goals they want to achieve, such as career exploration, a job search or transition, communication skills, or leadership growth, but there are often internal challenges that are in the way. Following are some of the most common:

FEELING STUCK – They keep circling their challenges but the answers and resolutions aren't coming.  They want to progress, grow and change their circumstances but they don't know what to do or how to do it.

CONFIDENCE – They're not where they thought they'd be at this point and self-doubt is making a long list of dreams and desires for their lives, totally out of reach. They want a way to restore their confidence but they don't know how and they're not sure why they can’t just “do it.”

CHRONIC STRESS & BURNOUT – They've thrown heart and soul into a job where they're drowning in paperwork, long hours,  and pressure. They aren't valued for their expertise or contributions and their work no longer feels meaningful. They're ready to start prioritizing themselves.

LOST– They're on a path that doesn't seem to be going anywhere. They're spinning their wheels going the motions day-in-day-out, but they're not happy or fulfilled with their direction.

NEGATIVE NARRATIVE – They can't turn down the volume on their inner critic and the constant negative narrative is making their desires, goals, and dreams feel silly or impossible.

FUZZY FOCUS – They're filled with ideas, passions, and interests, and can’t their your focus. Sometimes stress has created a deep dense mental fog that they can't see through anymore. Other times, they've veered so far off course they don't' know how to get back on track.

FEAR – Whether it's fear of failure, change, or the unknown, they're telling themselves repeated stories of mistakes, wasting time, wasting money, wasting whatever, and it's stopping them in their tracks. So they talk about their ideas but don't take action towards manifesting their dreams.

IDENTITY – They're juggling so much, playing so many different roles, going so many directions, and feeling so out of control that they have lost their sense of sense. They feel obligated to keep powering through but it's chipping away at their own identity. They want to feel like themselves again but don't have a clear sense of how to do it.

TOXIC PERSON OR ENVIRONMENT - Whether it's a colleague or a work culture, navigating a toxic influence, particularly if they don't want or can't leave their position, can feel like a mental prison. They need to understand how to approach the problem and create a plan to free themselves but the situation is playing mind games with them and it feels hopeless.

Can you give other examples of things you can help me with?

How much time is required for coaching?

The honest answer is: It depends on a variety of factors:

Think about it this way: If it were an easy fix, you probably would've done it by now.

Often in coaching, we come up against beliefs and behaviors that you've spent your whole life learning and practicing. These habits and views take time to create, and it'll take time to replace them, too.

How much does coaching cost?

Great question! Unfortunately, it's not one I can answer blindly in an FAQ on my website. The coaching work I do is tailored to the individual and my pricing structure is too.

Where do we meet?

I offer coaching services over the phone and Zoom.

Other than pay and show up, what else do I have to do?

You have to be ready for things to be different in your life. Ultimately coaching is about creating movement towards something you want. Now, this doesn't mean you have to be ready to do a complete 180 or that you need to throw out every single thing about the way you live right now.

Coaching might lead you towards a big change like taking a totally new direction with your career, or it could mean something as small as a shift in the way you think about the interactions with your boss.

One thing is sure though: You won't leave our coaching relationship the same way you came into it.

The other thing you'll have to do is...homework. However, this kind of homework will directly apply to your life and be useful in your day-to-day.

One thing the homework does have in common with school, though, is that it's where a ton of the learning and growing happens. This is where you test things out, see what mysteries you haven't unraveled yet, and find your own revelations. You just can't replace it with time spent during a session.

Are the results guaranteed?

I'll be right beside you as you do the work, but ultimately, the results depend on you. I will promise that I'll put in as much effort as you do, though. So the power's in your hands. Let's see how far you can go!

How do I know if you're the right coach for me?

Here are a couple of good indicators you've found the right coach:

The best way to know if you connect with a coach is to speak with them. So let's set up a meeting. The first one is on me. I want to know all about what you want to work on, what you're hoping to get out of the coaching, and what you might be a little nervous about.

Can't anyone call themselves a coach?

It's important to know what you're buying, and coaching is an industry with more than a few "self-declared" coaches. Luckily for both of us, I'm not one of them!

I was trained with CoachU, one of the world's oldest and largest coach training organizations, in 2011. It's founder, Thomas Leonard, founded the International Coach Federation and the International Association of Coaching. I'm certified through the ICF and currently working on my PCC--the next level of professional designation.

This free strategy session is designed to help you build clarity and confidence about your next steps and a specific plan to achieve them. 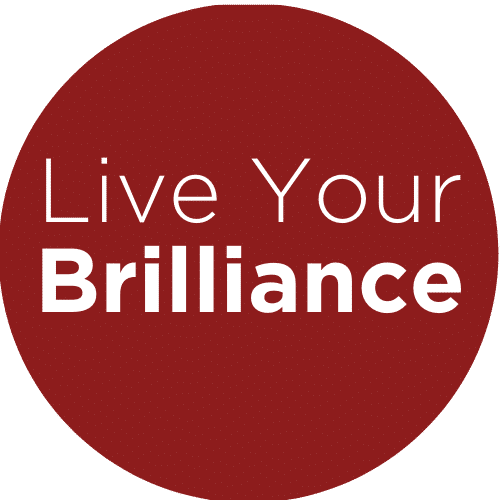